“Injustice anywhere is a threat to justice everywhere…Whatever affects one directly, affects all indirectly.”

In a world where many are ignored, oppressed or excluded, St. Andrew’s Presbyterian Church seeks justice and reconciliation through its Outreach programs.

The St. Andrew’s Refugee Sponsorship committee (STARS) began in 2015 as part of Outreach and in response to the Syrian refugee crisis.  Today, members of the congregation and the community continue to work together and look for meaningful opportunities to bring relief to those in greatest need of support.

In 2021 and 2022, STARS is committed to taking on two new sponsorships; one is a young university student from Syria who is currently a refugee in Jordan and the other is an individual who self-identifies as LGBTQI and lives in danger of persecution.

We believe that these new sponsorships, to help those living in danger and in need, will again be supported by those of us who seek to meet injustice and make a difference in the world.

For more information or to join the STARS team, email us at:  stars@standrewstoronto.org

“The moral arch of the universe is long, but bends towards justice” 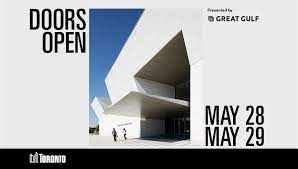 Come and join us on the last weekend of May when we have an opportunity to both “reach out to” and to “welcome in” our community.

St. Andrew’s has been approved as a site in this year’s “Doors Open Toronto”.  On Saturday, May 28, we will be welcoming people in to see our beautiful sanctuary to learn more about the history and the current ministry of St. Andrew’s.

In conjunction with Doors Open, on Friday and Saturday, we are holding a book sale on the King Street patio.  This has been a very popular event in the past and we expect hundreds of people to drop in and browse – and buy!  Funds raised will support outreach programmes at St. Andrew’s as well as missions and ministries such as Evangel Hall and ARISE.  On Saturday we will also have great music and food for sale.

Our Refugee Sponsorship group, STARS, have been baking up a storm and will have cookies for sale throughout the weekend.  Proceeds from the cookie sales go to the STARS program.

In order to ensure a successful weekend we are once again asking for volunteers.  If you are able to help, even for just a couple of hours, we would be most grateful.  The sign up form for the various activities can be found HERE

Book Donations Announcement
Book donations have continued throughout the pandemic, even though we have been unable to have our annual book sale.  With so many generous donations we have now run out of storage space!  We ask that everyone please hold onto any further books until such time as we are able to accept them.  Thank you for your understanding. 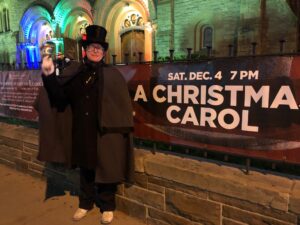 The STARS committee benefited from the funds raised at this year’s 2021 reading of Dickens’ “A Christmas Carol”.  400 people attended the readings, organized by Music at St. Andrew’s and over $7,000 was raised to assist with our refugee sponsorship efforts.

Members of the STARS team volunteered to ensure that everyone was safe and enjoyed their evening.  A short video of the behind the scenes efforts is now available for viewing.  Please enjoy by clicking on the link HERE 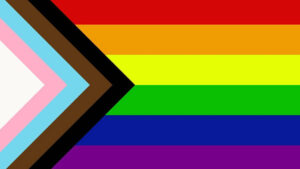 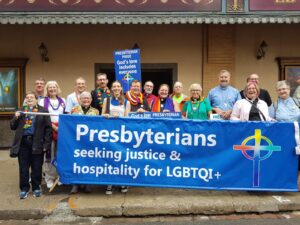 A POEM FOR REFUGEES

The StARS committee, in partnership with Rainbow Railroad, is taking its first step into the initial sponsorship stage of preparing for and welcoming a refugee who self identifies as LGBTQI.  As June is PRIDE month, we thought we’d share the poem by Brian Bilston about refugees.  https://youtu.be/u_LhgrNpQNM 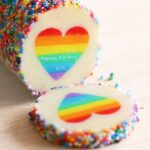 In Nazi Germany, the symbol of the pink triangle was used to identify and subsequently persecute homosexual individuals.  In the 1970s, the gay community reclaimed the symbol as their own, displaying it as a symbol of both remembrance of atrocities committed and bold action against persecution.

The same decade, Gilbert Baker of Kansas arrived in San Francisco and met Harvey Milk, who would become the first openly gay person in a major US city to hold a prominent position in a public office.  Milk challenged Baker, an artist experienced at working with textiles among other media, to create a symbol of pride for the gay community. 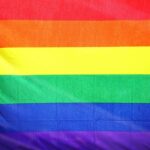 Baker designed and, with the help of volunteers, sewed several flags comprising eight strips of hand-dyed vibrant coloured fabric: hot pink stood for sexuality, red for life, orange for healing, yellow for the sun, green for nature, turquoise blue for art, indigo for harmony and violet for spirit.  Over time, the flag was reduced to six colours, with both pink and indigo eliminated.  Since early 2000, eight-strip flags were resurrected and soon became widely available. 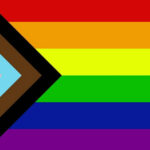 More recently, in 2018, Daniel Quasar added a new flag to the mix.  Called the “Progress Pride Flag” it includes black and brown stripes to represent people of colour, and baby blue, pink and white stripes to represent the transgender community.  While Quasar stated the Progress Pride Flag was intended as a supplement to, rather than a replacement of Baker’s designs, in light of increased awareness of racial and sexual discrimination during the pandemic, many have shifted to using Quasar’s design to represent their commitment to greater inclusivity.