Why We Do What We Do The Way We Do

The following was written by Rev. Will Ingram, a few years ago, in an article in the congregational newsletter, “The Catalyst”

A few years ago, I had a remarkable conversation with a young woman who, though having grown up in the Presbyterian Church, was attending a church that embraced a more relaxed approach to worship. She stated that she had never understood why Presbyterians seemed to ‘always do things the same way’ in their worship services.

I asked her if anyone had ever explored the ‘movement’ of Presbyterian worship with her. We talked for close to half an hour about the structure of worship, and at the end, she said that she wished that she had been able to have such a conversation long before. I don’t know if she went back to her Presbyterian congregation, but she certainly expressed a greater degree of understanding about what was happening. Since then, I have sometimes lamented that we do not often talk about the way that we worship – and why.

In 1 Corinthians 14, Paul commends his readers to do everything, in their worship, ‘decently and in order’ (yes, this phrase proves that Paul was, in fact, a Presbyterian!).

Paul was trying to encourage his readers not to allow the excesses and dis-orderliness which were plaguing their community to undermine their life together at worship. But the way that we worship is about more than some static (or stately) order. Rather, one of the reasons why I deeply appreciate Presbyterian worship is that, in its best sense, it mirrors the soul in its relationship with God. This movement is often described as a ‘four-fold’ structure – we gather; we hear God’s Word; we respond to God’s Word; and we are sent into the world.

We begin by being called to worship. This often includes a reading from Scripture which invites us into the worship of God. A hymn is often sung as a part of this time of being called and gathered. Theologically, this is quite appropriate. After all, to be called to worship – rather than raising ourselves into that experience – serves as a wonderful reminder that God calls to us before we call out to God.

As we ponder God’s call to us, however, we experience a deepened awareness of our sins. Words of adoration lead into words of confession, which is followed by an assurance of pardon (it is important to remember that these words of pardon are an assurance of the offer of forgiveness from God — not from the minister!) The first movement of this four-fold structure, therefore, is that of being gathered – by being called, convicted and forgiven by God – so that we can move into a renewed relationship.

This relationship is renewed in the second movement of worship — that of hearing God’s Word. We hear God’s Word as we read and listen to Scripture, as we are blessed by the wonders of music, and as we hear the sermon. In the Presbyterian tradition, great preaching is not about the eloquence – or lack thereof – of the preacher. Rather, it is about the faithful interpretation of the Scriptures.

The duty of the preacher is to seek to ‘build bridges’ between the lives of the congregation and the texts of Scripture. When that happens, we begin to realize that the preached Word is using the written Word to point us toward the Living Word — who is Jesus Christ.

We Respond to God’s Word

The third movement is the act of responding to God’s Word. We respond in a number of different ways. At St. Andrew’s, the creed is often stated following the sermon, which offers a wonderful way to respond to God’s Word through the confession of our faith. Creeds, when properly understood, are not meant to be ‘litmus tests’ of dogmatic allegiance. Rather, they are meant to be expressions of the church’s understanding of the mysteries of God’s grace and work in the world.

The celebration of Communion is another one of the most important ways that we respond to Christ, by sharing bread and wine – as a response to his invitation to remember him. When Communion is not celebrated, the prayers of thanksgiving and intercession serve as a way of responding – and giving thanks – to God.
Another one of the ways that we respond to God, in worship, is through our tithes and offerings. In offering the first-fruits of our daily labours during the act of worship, we are reminding ourselves — and demonstrating — that every dimension of our lives is a part of our Christian discipleship.

We are Sent into the World

The fourth movement is that of being sent out. We often sing a hymn which invites us to ponder our calling to go into the world as a people of faith. This hymn is followed by a charge and a benediction. In the name of Christ, and with the blessing of God, we are sent into the world to further the work of peace, justice, compassion and holiness.

Once we understand this overarching ‘structure’ of liturgy, it becomes obvious that such a structure is not limited to a particular style of worship. In fact, regardless of the style of worship or musical genre, this basic four-fold structure mirrors the soul’s encounter with God. Both as individuals, and as a community, God calls and gathers us; God strengthens and feeds us; God invites us to respond in faith; and God sends us into the world.

The act of worship, therefore, is more than simply a nice pastime that we participate in from time to time. It is meant to shape our lives, to inspire us, to guide us and to remind us, on a regular basis, of who and whose we are. 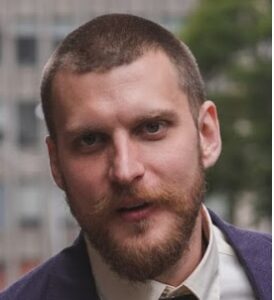